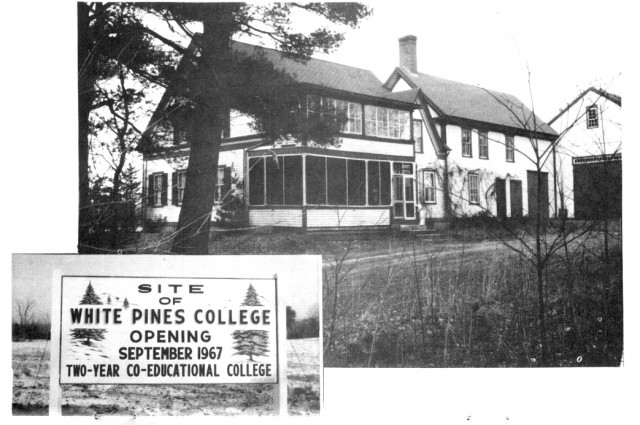 Although the Lanes were not among the first settlers of Chester, they did arrive about 1749. A man by the name of John Lane from Rye, New Hampshire purchased land from Ephraim Blunt on what is now the Lane Road and built a house. John was appointed a “Cornet of the ninth group of the first Regt. of Calvary commanded by John Downing, Col.,” and served during the Revolutionary War. He, along with several other Lanes, is buried in the small Lane Cemetery on that same property. Although the house he built burned in the middle 1800’s ( his grandson and newly married great-grandson were living in it at the time) one of his descendants, Penny Rowell Henderson, resides on the property in a log cabin built about 30 years ago.

There were numerous Lanes residing in Chester during the 1800’s and many held positions in the town, including selectman. They were also very active in the Congregational church. They owned many acres of land and that increased when a Seth Lane from Raymond married Mary Basford and moved into the Basford farm house at the corner of 102 and Lane Road. This is one of Chester’s older houses having been built in 1737.

Although there are still many descendants of John Lane in Chester, none of them bear the Lane name. Many moved away and many had no sons to carry on the name. Two of the descendants, Walter Lane and Carolyn Lane, married and had three girls. Walter was an only child and Carolyn had two sisters. Both Walter and Cara, as she was always known, were descended from John Lane with the line eventually splitting. Cara was actually a second cousin to Walter’s father.

Walter and Cara Lane lived in the Basford house for several years after they were married, before moving to a house on Chester Street about 1910. Walter had been appointed a mail carrier in 1903 and Cara was a substitute carrier so it made sense to live closer to the Post Office. He and Cara also had three girls by this time.
Walter had a woodworking shop on Chester Street and sometime in the late 1920’s he built a Sugar House on the property on 102 where his parents still lived. It was eventually known as the “Cabin in the Pines” and many happy times were spent there by the family and other townspeople. Around 1940 he built a saw mill on that same property which he ran until 1961. After he passed away in 1962 his granddaughter, Genevieve Stannard Rowell, and her husband took the mill down and built a house on the site.

There are still a number of descendants in Chester including George and Richard Noyes, the sons of Evelyn Lane Noyes who was our town historian, and Genevieve Rowell their cousin whose mother was Carolyn Lane Stannard, Evelyn’s sister. All three reside on some of the Lane land and all three have descendants residing in Chester bringing the number of generations who have lived here to 14.